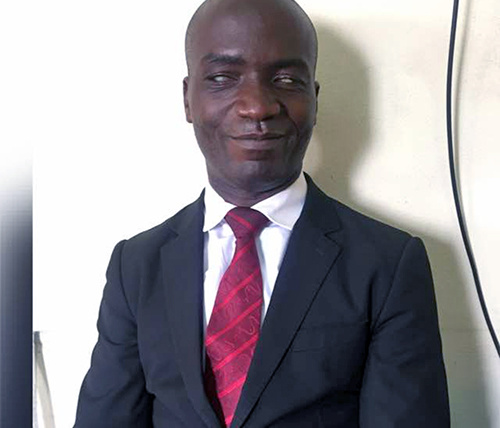 Jean-Pascal is one of the most accomplished manifestations of self-sacrifice, self-belief and determination to overcome even the most daunting obstacles. Despite losing his eyesight before the age of ten, he refused to give in to the despair to which the modesty of his origins and the lack of support for his disability in his environment confined him. After five years spent at home looking for solutions, he returned to school with rare energy. He will later on accumulate diplomas in Africa, Europe and America. He holds a Postgraduate diploma in English Language with a major in sociolinguistics from the University of Yaoundé I, a Masters in journalism from Advanced School of Mass Communication in Cameroon, a Masters in Global Communication and International Public Relations from Cardiff University in the United Kingdom, and a Diploma in Translation from the University of Manitoba in Canada. For the past 10 years, he has been working as a journalist at the Central Newsroom of the Cameroon National Radio and Television (CRTV) with a particular commitment to environmental protection and the fight against climate change. Jean Pascal is passionate about the rehabilitation as well as the socio-economic and political integration of people living with a disability. He devotes part of his time to charity work, music and reading.